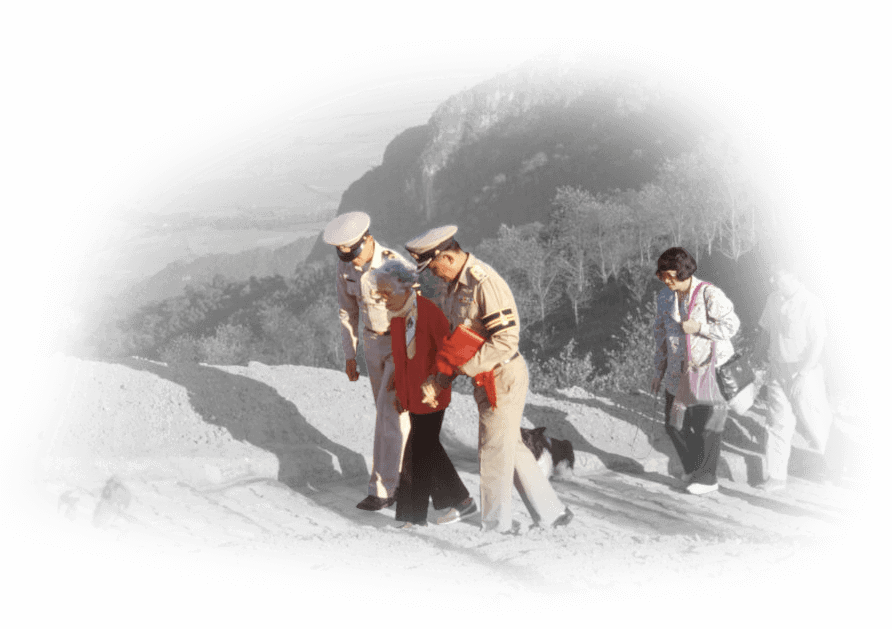 With a strong belief in human potential and innate goodness, Her Royal Highness Princess Srinagarindra, the Princess Mother, was devoted to creating opportunities and providing alternatives for all people—regardless of ethnicity, religion, race, or political belief.

Starting since the 1960s, when she herself was in her 60s, the Princess Mother worked to improve the lives of rural Thais in remote regions. She travelled with teams of volunteer doctors, dentists and nurses, who provided basic medical and dental care, along with donations of food and clothing for the poor.

Among those she visited were the ethnic minorities in the mountains of Northern Thailand who lived in areas easily accessible only by helicopter. This image of the Princess Mother descending from the skies gave rise to the name “Mae Fah Luang” (meaning Royal Mother from the Sky) and the affectionate title used by the hill tribes to address Her Royal Highness. 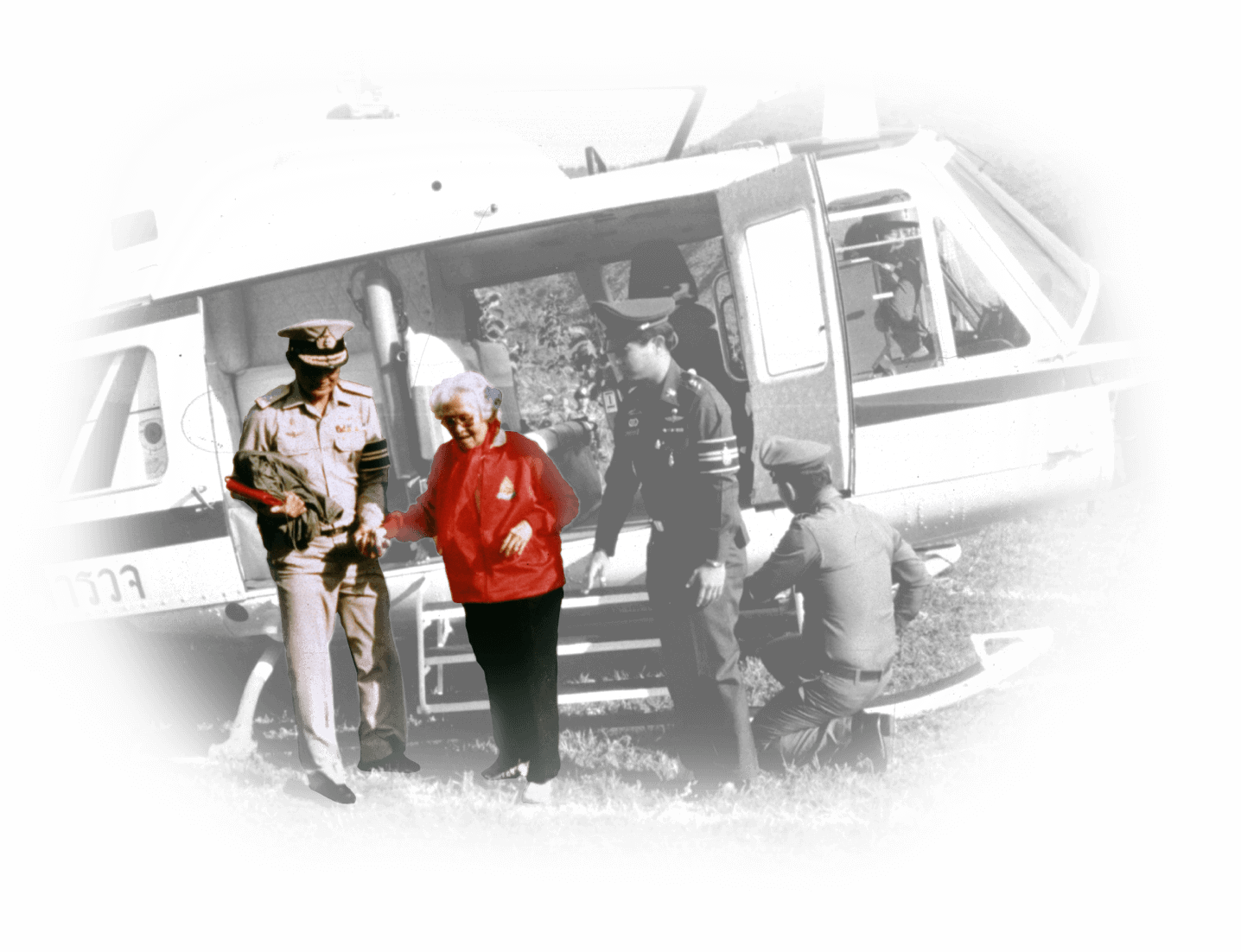 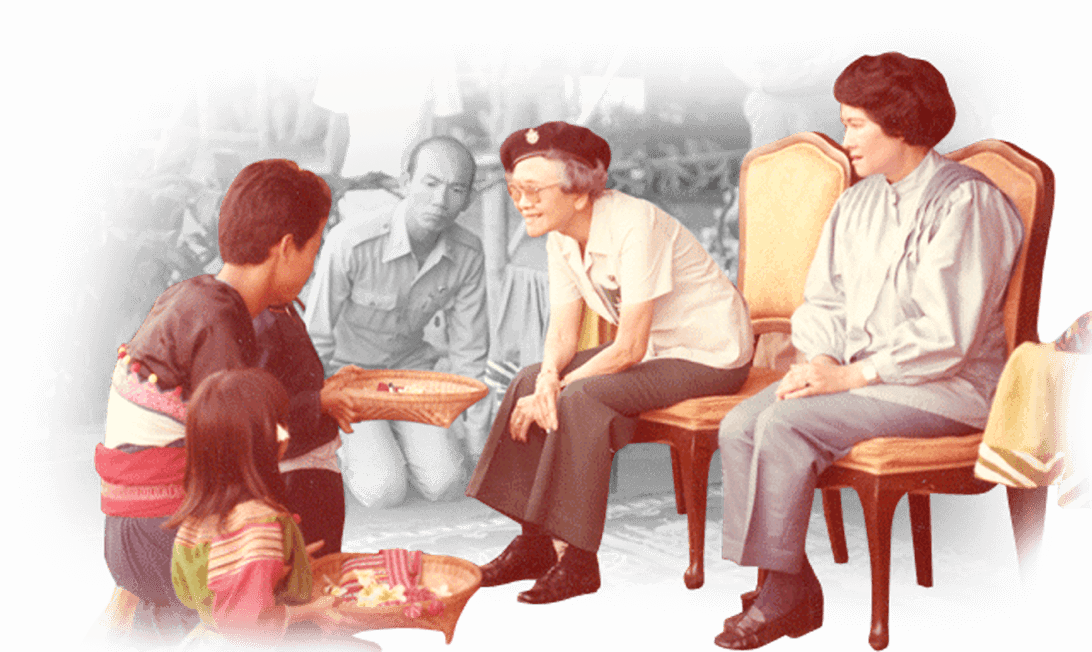 The Princess Mother established foundations in numerous fields to improve people’s quality of life: many of them in health, as well as in education and livelihood development. Her emphasis was on “helping people to help themselves,” so they could become independent without relying on handouts.

In 2000, the centenary year of her birth, the United Nations Educational, Scientific and Cultural Organization (UNESCO honored the Princess Mother as a “great personality in public service in the fields of education, applied science, and human, social, and environmental development”. 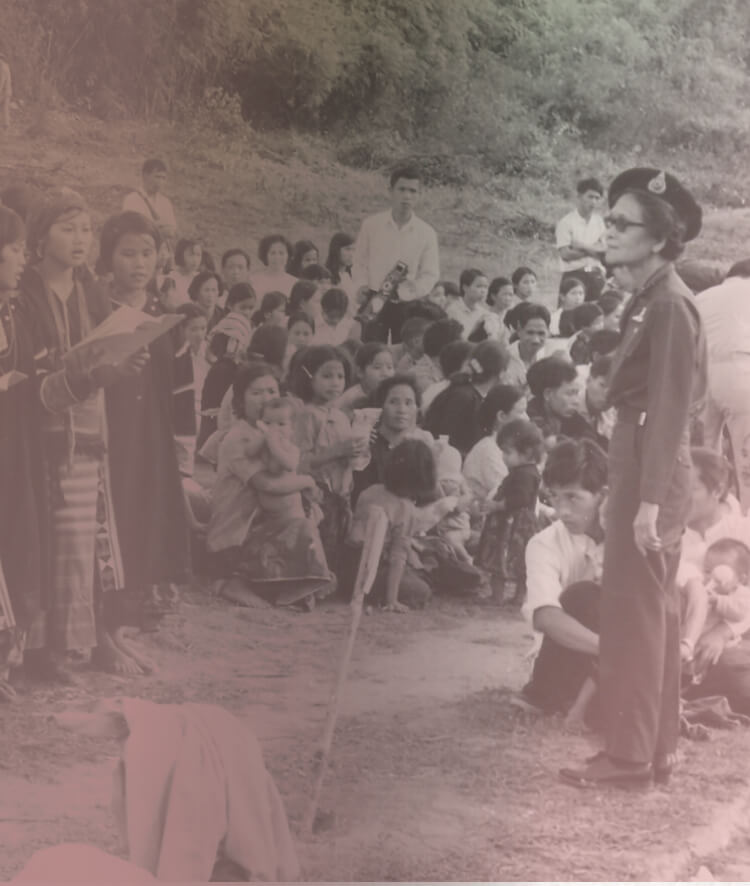 Her Royal Highness Princess Srinagarindra initially founded the Mae Fah Luang Foundation under Royal Patronage in 1969 as the Thai Hill Crafts Foundation, to aid the hill communities by marketing their traditional crafts and later to support the education of more than 400 ethnic minority youth.

As the foundation’s work shifted away from marketing of hill crafts and into much broader economic and social development for both hill communities and low-land Thais, it was renamed in 1985 as the Mae Fah Luang Foundation under the Patronage of Her Royal Highness the Princess Mother. A major development effort of the Foundation started in 1987 in the border area of Doi Tung in Chiang Rai, where a comprehensive program was initiated to improve the economic and social life of the people in this remote region, as well as to revive the environment and conserve local arts and traditions of the diverse ethnic mix in the area. The foundation continued work in other areas, in education and in the promotion of local arts and culture.

After the Princess Mother passed away in 1995, His Majesty the King took the Foundation under his patronage and appointed his daughter, Her Royal Highness Princess Maha Chakri Sirindhorn, as honorary President. The Foundation’s mandate is to continue the legacy of the Princess Mother to benefit as many people as possible and to inspire new generations to be responsible citizens.

with profits from its social enterprise sufficient to cover operational costs without the need for donations. 2000 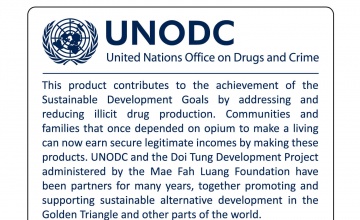 The United Nations Office on Drugs and Crime (UNODC) awarded

DTDP a label with its logo recognizing that income from DoiTung products “contributes to the achievement of a drug free world”.2002 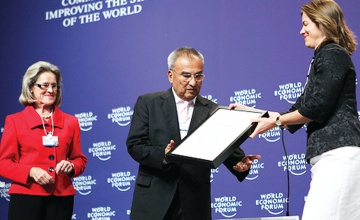 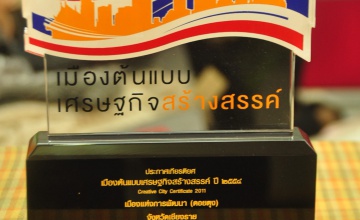 from the Department of Intellectual Property, Ministry of Commerce. 2011 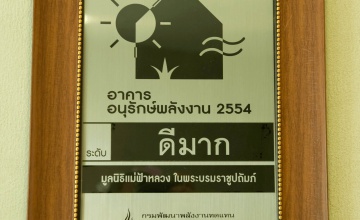 for energy performance, office building category, from the Department of Alternative Energy Development and Efficiency, Ministry of Energy.2011 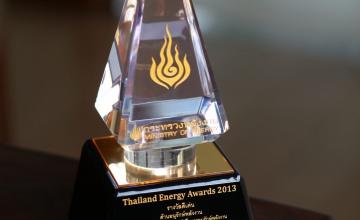 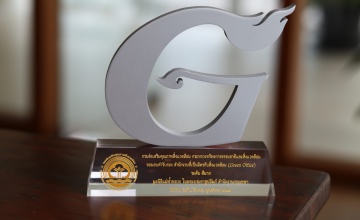 for Environmentally-friendly Office from the Department of Environmental Quality Promotion, Ministry of Natural Resources and Environment. 2014 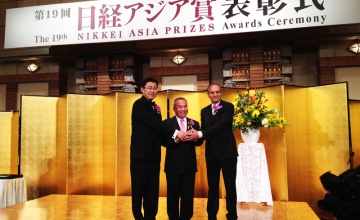 by Nikkei Inc media corporation of Japan as an “Outstanding Organization for Culture and Community”. 2014 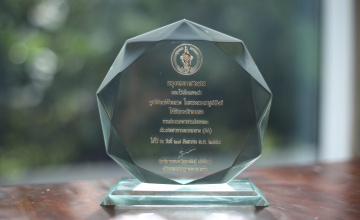 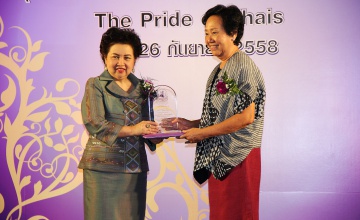 The DoiTung brand received the Award of Excellence for Thai Products

from the Ministry of Industry.2015 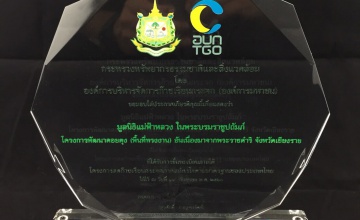 in the Thailand Voluntary Emission Reduction Program (T-VER) in two outreach program areas – the Nan Reforestation Project, and the Tea Oil and Other Oilseed Crops Research and Development Project. 2017 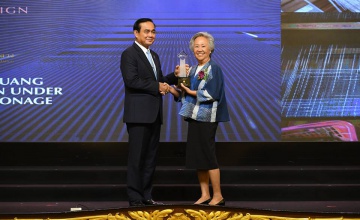 for fashion and lifestyle products from the Thailand Institute of Design and Promotion, Department of International Trade Promotion, Ministry of Commerce. 2018

The Ministry of Culture named the Doi Tung Development Project as one of the ten top culture travel destinations in Thailand,

not only as a knowledge center, but also as an interactive destination for the sharing of cultural heritage for educational purposes. 2019 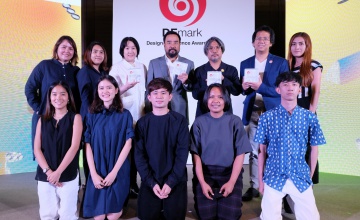 for fashion and lifestyle products from the Thailand Institute of Design and Promotion, Department of International Trade Promotion, Ministry of Commerce. 2011
2019
2020 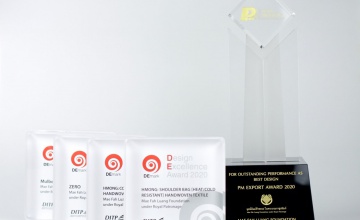 The DoiTung brand was awarded the Good Design Award (G-mark)

from the partnership between the Ministry of Commerce, Thailand, the Japan External Trade Organization (JETRO) and the Japan Institute of Design Promotion (JDP).2011
2018
2019
2020

from the Department of Environmental Quality Promotion, Ministry of Natural Resources and Environment, for Best Textiles and Best Ceramics categories. This guarantees that handicrafts from the DoiTung brand – both textiles and ceramics – are manufactured through environmentally-friendly practices. 2019
2020 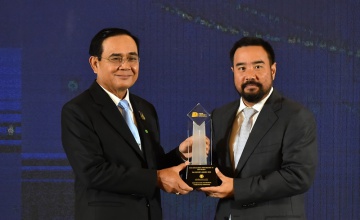 for Best Design, Creative & Innovative Fashion and Apparel category, from the Department of Export Promotion, Ministry of Commerce.2020